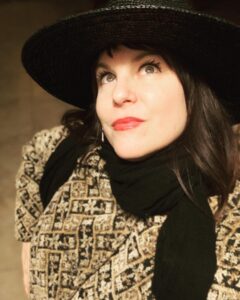 Rynda is a native Californian, born in San Francisco and raised in Southern California where she was influenced by the Summer of Love, Punk Rock Fullerton, Sunny Beaches, Hollywood and the Sunset Strip.

Entering in the music business at an early age, Rynda helped to promote local shows in the burgeoning Los Angeles/OC club scene in the mid-late 80’s and went on to work in A&R for numerous major record labels. At Charisma/Virgin, Giant/Warner Bros, Flip/Geffen, and Work/Sony she helped to facilitate numerous recordings for new and multi-platinum artists and soundtracks.  She also spent time at Dream Street Management where she helped develop a number of Grammy-winning artists, worked on soundtracks and championed some of her favorite local bands.

Integrating her music background into the Children’s Entertainment segment, Rynda spent eight years working for Sony Wonder (a division of Sony/BMG). There she helped create animated projects as project manager, voice casting and music supervision.  Rynda worked with international production teams and attended conferences such as NATPE, MIPCOM and MIPTV. Rynda served as A&R and liaison for all Sesame Street albums and special DVD features and was the Executive Producer of Songs From The Street: Sesame Street’s 35th Anniversary 4 disc box set.

She conceptualized and executive produced a star-studded family record titled Sing A Song With Six Strings which includes Guitar Greats: Slash, Peter Frampton, Dean DeLeo, Marc Ford, Vernon Reid, Kyle Cook, Craig Ross and more… In addition, she created an entry for a new genre of kids record with the first release of Bedtime with The Beatles featuring Jason Falkner. This genre of taking adult-oriented songs and creating lullaby versions went on to become a very successful venture for many companies.

(#TrueStory – Ask her about her meeting with David Bowie and Elmo!)

Rynda moved into the interactive marketing space in 2006, serving first as Strategic Director and then as Vice President of Operations for Jetset Studios, a creative marketing agency specializing in digital campaigns for the Hollywood film industry. At Jetset Studios, Rynda optimized internal operations, managed company public relations and maintained and developed new and existing client relationships.

For the next few years, Rynda fine tuned her experience as a digital marketer and invested time in learning the technology and startup ecosystem. She worked for a series of companies including AF83 in France as COO and International Business Development, and co-founded DigiStar Productions. As an early adopter she has a knack for knowing what will work for users, how to get to the core of monetization, and how to use a platform to best suit a clients needs.

In 2011, Rynda returned back to her first love, music, with completely new perspective. Taking her years of experience in the “traditional” business and her passion for new technology and innovative creative initiatives, she decided it was time to form her own consulting company. Rynda has been an innovative digital manager for iconic artists including Chuck D, Public Enemy, Smashing Pumpkins and The Afghan Whigs. Rynda expanded into working with music tech startups and became a go-to for the cross pollination of Music & Tech. She also became a respected speaker and talent rep for multiple world renowned events including MIDEM and SXSW.

From 2012 onward, Rynda continued to work as a sought after multi-faceted consultant adding a stellar group of artists, companies and projects to here ever-expanding repertoire.

In 2018, Rynda also launched VRYeveryday, a wellness brand focusing on natural solutions for Mental Health and became a strong voice in holistic recovery and mental health circles both in and out of the music industry.

In 2022, Rynda launched The Creative Catalyst Co, an umbrella for her creative and strategic work with Musicians, Writers, Creatives and Lifestyle Brands. 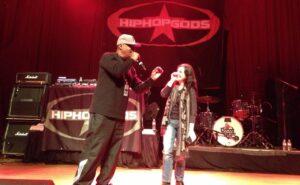