C’est Claire Rule Of Three Out Now and Getting Priase!

We started in January 2022 with a year long roll out plan which included new bio, photos, two videos, four singles and an album launch by Fall.

We divided the album art into individual covers for each of the singles, the final reveal with the album launch. Two beautiful visuals were created for Overboard and Little Red (Tell Your Story). WATCH 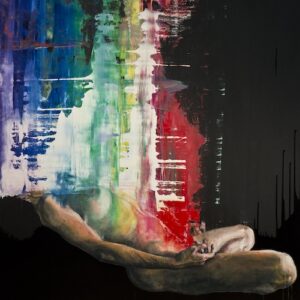 As a trained musician, Claire is collecting song ideas in her highly acclaimed restaurant, La Copine, which she owns and operates with her wife, Chef Nikki Hill. La Copine is host to the crème de la crème of hi-desert artists, those who live in the buzzing area, and those who pass through, including her inspirations like Patti Smith.

C’est Claire has self-released three full-length albums. A thematic series of three based on the ‘Rule of Three: Birth, Life, and Death’ – First Lessons (released 2018) representing birth, Second Chance (released 2020) signifies life, and Rule of Three (out October 21, 2022) stands for death as an ending or new beginning… The series was co-produced with Charlie Stavish (Jenny Lewis, Ryan Adams). Rule of Three will complete the final chapter, which also marks the closing of the studio where they were created, The Clocktower Recorder in Yucca Valley, California.

PRAISE FOR RULE OF THREE

“This record feels like Tori Amos got lost in the desert and met Pentangle, who then saved her by helping her find her way through self-discovery and finding her own narrative is the key to getting her home. Hints of Cocteau Twins guitar flourishes underscore the candidness of the vocal delivery.

Lots to unpack here with 70s 80s and 90s references all through the voice of Claire Wadsworth. My favorite bands and genres coming through her tracks.

Vocal arrangements are the center of the album’s climaxes. At once calming, propulsive, confrontational, and empathetic, these songs explore the sonic corners of folk, and psych.

Lots of really fun and challenging counterpoints in vocal delivery, drum arrangements and key syncopations with super cathartic guitar lines that take the listener to another dimension. While trying to keep finding her way back through this record, you almost don’t want her to find her way back because it’s so fun being lost with Claire in the desert. Such a special collection of songs.” — SHARON VAN ETTEN

“Piercing, Powerful, and Poignant. (C’est) Claire serves every feel of nostalgia you long for with a breath of fresh air that you need. It gives me all the feels of every great album I love.” — EMILY KOKAL, WARPAINT

“Claire has one of the most beautiful, emotive and powerful voices I’ve ever heard. Her songwriting is refined and immersive and ‘Rule of Three’ is worth the wait! ” — STELLA MOZGAWA, WARPAINT

“Claire Wadsworth is a phenomenally talented singer, musician, and human. Her exquisitely crafted songs blend a uniquely atmospheric perfection of instrumentation and fascinating lyrics that sweep you into their spells. When listening to her albums I feel as though I am living the songs themselves, as if in a perfect dream. Viva C’est Claire.” — DAVID CATCHING, RANCHO DE LA LUNA