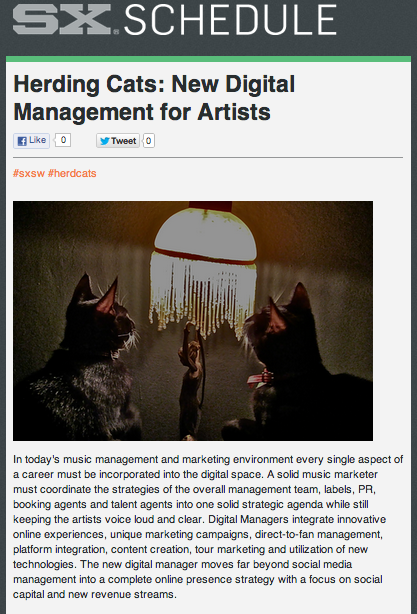 MODERATOR Rynda Laurel CEO Digital Mgr 1968media
Rynda Laurel has an extensive background in the music business, stemming from her early days working in A&R, artist management and music supervision, followed by an evolutionary transition into digital – specifically in the areas of social media, digital marketing and brand development. Currently, she is focused on working with established artists like The Smashing Pumpkins, Chuck D/Public Enemy and Greg Dulli/The Afghan Whigs. She also consults for music-based startups, facilitates innovative and creative partnerships and sits on advisory boards for a number of non-profit organizations including Sweet Relief. Because of her expertise in these different areas, you will often find her speaking or presenting at international conferences on a variety of subjects. For more information go to www.atrynda.com

Jon Romero Dir of Digital Media Vector Management
Jon Romero has been pushing the envelope in the digital music space since 2007. His career started to flourish at Vector Management, a leading artist management company, as the digital space matured and the term “viral” was becoming a part of everyday conversations. The knowledge and experience that Romero has garnered through the years, has put him in the position to work closely with artists as they build strategies around the release of new material and vie to get the attention of their fan base in a cluttered market place. His work and influence with hit makers such as the Kings Of Leon and Ke$ha can be seen in their staggering social statistics, and every day communication with their audience. Romero has helped heritage acts like Peter Frampton grow his fan base from 10k fans to over a half million in 6 months time, while simultaneously driving increased ticket sales for his Frampton Comes Alive! 35 Anniversary Tour. Other artists Romero works with includes: Trace Adkins, Randy Travis, Steve Vie, Lyle Lovett, Patti Griffin, The Walflowers, Manchester Orchestra, Michael McDonald, Lynyrd Skynyrd, and many more.

Jessica Meehan Consultant
Jessica Meehan has worked in various industries in the digital space, including web start-ups and health care, the latter bringing her to her first SxSW three years ago. This cross-industry experience has given her the ability to convert successful business and marketing trends from across industries into those that work for musicians

Jessica has also worked in various capacities within music, managing digital endeavors and properties for artists as part of artist management, online event promotion for a family of venues, and developing digital marketing campaigns for new albums at a distribution company. She currently works in business development and community management for a major label division focused on ticketing and artist-to-fan experiences, while also working independently with established and up-and-coming artists to expand their online presence. She also consults on digital marketing for independent musicians, as well as for properties in film and television. Currently, she is the digital manager for five-time Grammy winner Victor Wooten (of Bela Fleck and the Flecktones), expanding his online reach while promoting tour dates, album and web-based merchandise sales.

Other artists with whom she’s worked include Martha Wainwright, John Mayer, Sarah McLachlan, Ray LaMontagne, the Walkmen, Walk the Moon and many more.

Mike Rosenthal Label Mgr Paracadute
Mike Rosenthal has overseen strategy and digital execution for the band OK Go since 2009. In January of 2010 he helped the band transition away from their major label and set up their own independent record label and production company, Paracadute. Mike runs Paracadute, overseeing album releases for the small but growing roster and managing the execution of OK Go’s diverse creative endeavors. Mike is also the co-founder and organizer of the Blip Festival, an international electronic music festival celebrating 8-bit music and visuals.

Brian Wilkins Business Dev/Artist Rel Advisor PledgeMusic
Brian Wilkins is an entrepreneur and music industry executive who has built his career by utilizing his passion for music, technology, and artist relations to help clients grow their business. Brian has held executive positions at record labels, artist management and music/mobile tech companies. Brian’s resume includes stints at nTunes, one of the first ecommerce radio platforms, as well as major label partners including Sony/BMG Entertainment, RED Music and INgrooves. In 2008, Brian brought his experience within the digital music space to Rebel-One Management, establishing digital platforms, social graph engagement and new revenue/brand channels for top tier artists including Rihanna and K’Naan. Brian continues engaging his passion for music and technology as both an Artist Manager and Business Development/Artist Relations Advisor for music/mobile based start-ups. He has spoken and served on panels for thought leading music conferences including SXSW, CMJ and SF Music Tech. Brian is also an advisor for the music based charity Musicians On Call.